The First Publication on Koma Culture 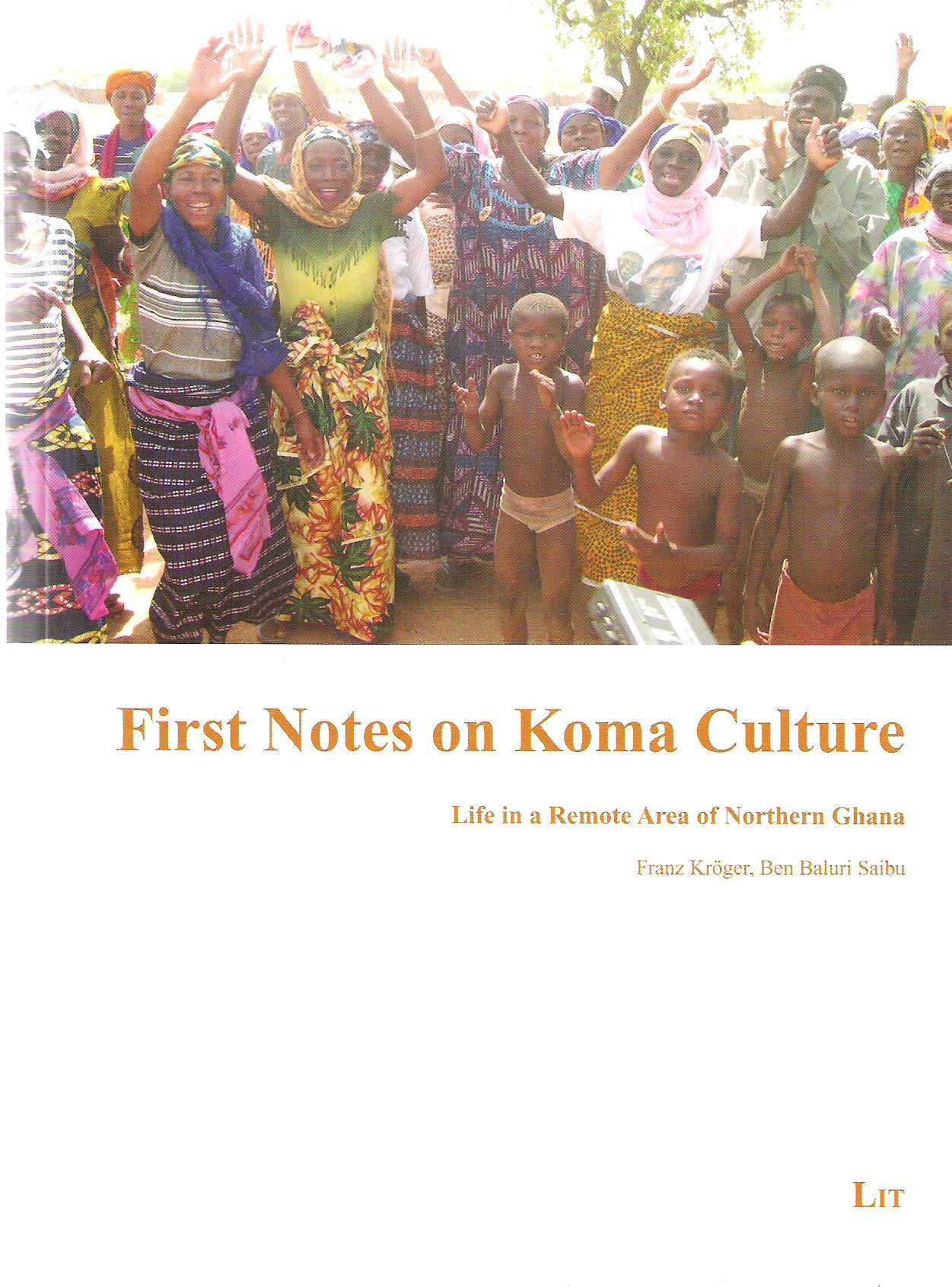 Although the Koma are known throughout the world as a result of the so-called Komaland-terracottas, excavated in the 1980s, no extensive ethnographic publication about their culture has yet appeared. The present book comprises some of the results of Franz Kröger’s surveys during six field research trips between 1984 and 2008. It is also based, however, on the profound knowledge of the co-author, Ben Baluri Saibu, a lawyer from the Koma village of Yikpabongo, who contributed a long chapter on the rites of passage in his own ethnic group.

The main focus of the book is the social, political and economic structure of the Koma, as well as their material culture, and, above all, their traditional religion and the extraordinarily dynamic history of the Koma clans. Although a connection with the creators of the terracotta culture is improbable, this cannot be excluded completely. A Konni-English word list with approximately 2400 entries might be interesting for linguists specialised in the West African Gur languages.

Life in a Remote Area of Northern Ghana